Protest at GCM’s AGM in London 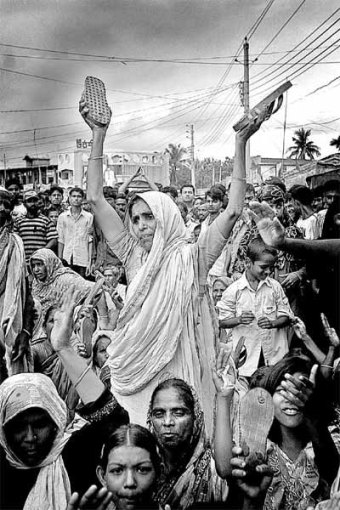 Global Coal Management Resources Plc. is a London-based AIM-listed extractive company that wants to build a massive open-pit coal mine by forcibly displacing 130,000 families of farmers in Phulbari. The company, previously known as Asia Energy, has been hotly resisted by locals for its fatal business policy. Three people were shot dead and two hundred injured when paramilitary force opened fire in a demonstration of 80,000 people that took place in opposition to plans by GCM in 2006 in Phulbari.

GCM do not hold a valid contract with Bangladesh, but they are selling shares in London Stock Exchange in the name of Phulbari coal project. They are aggressively moving ahead to build the coal mine. If the mine is built, it would destroy 14,600 hectares of highly cultivable land in northwest Bangladesh. It would pose threats to clean water resources for as many as 220,000 people, and would leave devastative impact on one of the world’s largest mangrove forests and UNESCO heritage site, the Sundarbans.

In return Bangladesh govt would gain nothing but economic exploitation. According to the proposed deal, GCM would extract coal for 30 years, while government of Bangladesh would get 6 percent royalty and the company would own and export 94 percent of the extracted coal. Moreover, the company would enjoy 9 years tax holidays and after 30 years they would own all of whatever coal would be remaining in the Phulbari coal-bed reserve. This is unacceptable!

GCM has recently reached a so called memorandum of understanding with Power Construction Corporation of China, Ltd. to implement the project. GCM’s CEO, Gary Lye, has been systematically abusing local opponents of the project. Lye has filed multiple arbitrary cases against 26 frontline local leaders against mining. GCM will hold their AGM in London on 28 December during the month of the climate summit #COP24. We must stop them. Blockade the coal burglars, GCM!

JOIN Us Inside and Outside the AGM!

The protest will be loud, colourful and noisy. Feel free to bring along your organisational banners and any noisy instrument, and lots of friends to make noise:))

Dissident shareholders will represent the communities inside the AGM. If you would like to join the delegation, please do get in touch with us. Please RSVP via email to: aktersk@gmail.com (Dr Akhter Sobhan Masroor) by Friday 14 December 2018. 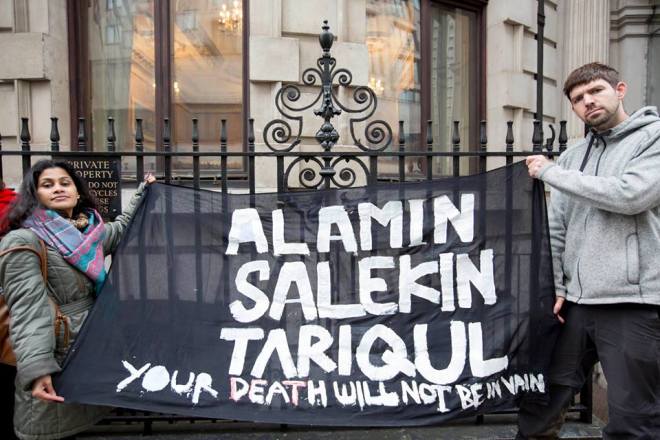